The Blue Ray 1 Beings on Earth. 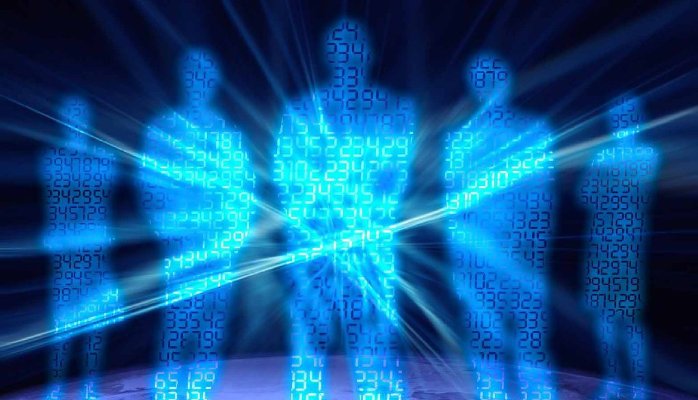 The Blue Ray 1 beings are the rarest on this planet. The “Blue Ray 1” has never been anchored on earth, because earth is not ready for God’s Will/Power/Wisdom/Protection in the direct manner of a formidable Ray 1. A Blue Ray being is one whose Monad Ray is Ray1. This, what I now share with you, is information no one has written about – as yet!

Monad Ray is the ray on which the Spark from God first leaves the Source. Later it joins, through choice, a Soul Family, whereby it’s Soul Ray is ascertained. Monad Ray 1 beings are therefore the Blue Ray 1 beings. But there is more to this. A truly, sole, Ray 1 Being is one whose Name (as in their birth certificate), unchanged, also totals to One, and their birth dates (day/month/year) must as well total to One. Thats why I have explaining here not to ever change your name, or its spelling. These Ray 1 beings are alone, stand apart and isolated, very powerful, fully connected, with extremely overwhelming Contract Plans and are born in hugely challenging countries, home, environments. But, and in addition, if their birth is in Blue Ray One countries, they are the Leaders of the 7th Root Race, yet to be recognized on earth.

Moreover, as you know, most humans on earth are seeded from some planet or the other from our galaxy. Most are from Pleiades. However, the Blue Ray One beings are exclusively from Sirius. They are the I AM RACE. Most souls do not live in Sirius, with the exception of the Lion Beings and Feline Cat race, but hold important memberships in the Lodges of Sirius (Blue Lodge of the Creative Blue Light of God and the Great White Lodge of Sirius), and are teachers in the Higher Universities of Learning that are located in Sirius. Some hold portfolios of High Priests and High Priestess in the Temple of Illumination (the Ray Two of Love, Light, Illumination, Enlightenment, Truth). The Higher Lords of Karma for the Milky Way Galaxy are also based in Sirius

These extra-ordinary Blue Beings are unusually protected by the Lords/Chohan/Archangels/Elohims/Hierarchs (of its element Ether/Akasha) of the Ray 1. They need Divine Protection for the dangerous magnetic environment they are thrown into, all through, and for the huge voltages of Light they carry that by itself serves as an inconceivable magnet that draws all darkness into its fold for transfiguration. These beings carry the Violet Fire in their aura and are powerful alchemists that are constantly transmuting through their sheer presence in a place. This being a reason they travel a lot, and behind them are lit trails of chaos, as their footprints recede from the place. Its like automotive purging wherever they are.

They live alone, and later in life withdraw from people/family/relationships. Why? Or else their Light, that is hugely sucked wherever they are and with whomever they maybe, would shut off eventually. They also magnetize a lot of jealousy, envy, condemnation, from near and far people who cannot understand their powers, their wisdom, their Divine Protection, and begin to fear it and eventually shun it. They need protection all the time – and so much protection, all the time, from the Masters is also not possible. So they are kept alone, yet in duality, living in society, interacting with people like normal beings.

They work mostly thru the quietness of their protective domain, internet, writing, relating more thru technology than in person. They hide their true identity. And they must! These strong Blue Ray Ones are the Light Holders, Light Showers, who hold the Light pillars inside their bodies (which have become the alchemical automotive Violet Fire itself) upon the shoulders of which Earth is calibrating into the Light. These beings have sacrificed their bodies at the Altar of Light. These beings have been a part of the creators of this planet, and laid the Root Seed of our present civilization in Khem, the Egyptian and Aryan Race of the 6th Root.

Lord Shiva, in the role of Creator Trinity – Brahma/Vishnu/Shiva, is the Monad Hierarch of Ray One. In His Office of the Monad Ray are the following: Lord El Morya (Chohan of Ray 1), The Great Divine Director of Authority (Head of the Board of Karmic Lords for earth), Lord Manu (The Head who seeded our civilization – Lord Vaivasvatta), Lord Sanat Kumar (the Regent God of our planet), Elohim Hercules and Amazonia, Archangel Michael and Faith, Lord Surya, Elemental Hierarch of the element of Akasha (the element of Ray 1) Zeus and Goddess Tara, and Goddess of Light ( the Chohan of the element of Akasha).

The Qualities of the Ray One are: Will of God, Power of God, Protection of God, Nobility, Regality, Integrity, and Responsibility. This Ray has leadership qualities and therefore embraces politics and political heads. All disciples of the Ray One are trained into perfection of leadership by Lord El Morya. The  symbol of the Blue Ray and Lord El Morya’s identity symbol is the Blue Diamond and His Retreat is above Darjeeling, in the Himalayas of India.

It is very important for them to realize at all times – THEY ARE NEVER ALONE! Who they have with them are the highest Hierarchal Masters of the Light! And that they have come, in this lifetime, solely for the mission of ENDING THE EXPERIMENT! For dissolving the Empire through, not obliteration this time (as was in the case of Atlantis and Lemuria), but through Alchemical Mutation and Purification! The reason why they have the Violet Fire in their bodies and aura! Underlined to this explanation is the fact that the Ray 1 is intrinsically connected to Ray 7 (The Violet Ray). Thoth, Seshat, Akhenaton and his second anonymous wife -Kiya (more on my website under “Untitled Book” (4)) are Ray One Beings. Ankh, the symbol of Immortality, their mascot, is the Mascot of Ray One too. Alongwith the Blue Diamond, the symbol of Lord El Morya’s Office of Ray One!

Those, who are Ray 1 Beings, when they read this, shall know and understand immediately the undertone message of this post.