The Pallas Athena Transmission: Gifts of Light Armour and Light Shielding in Times of Great Need 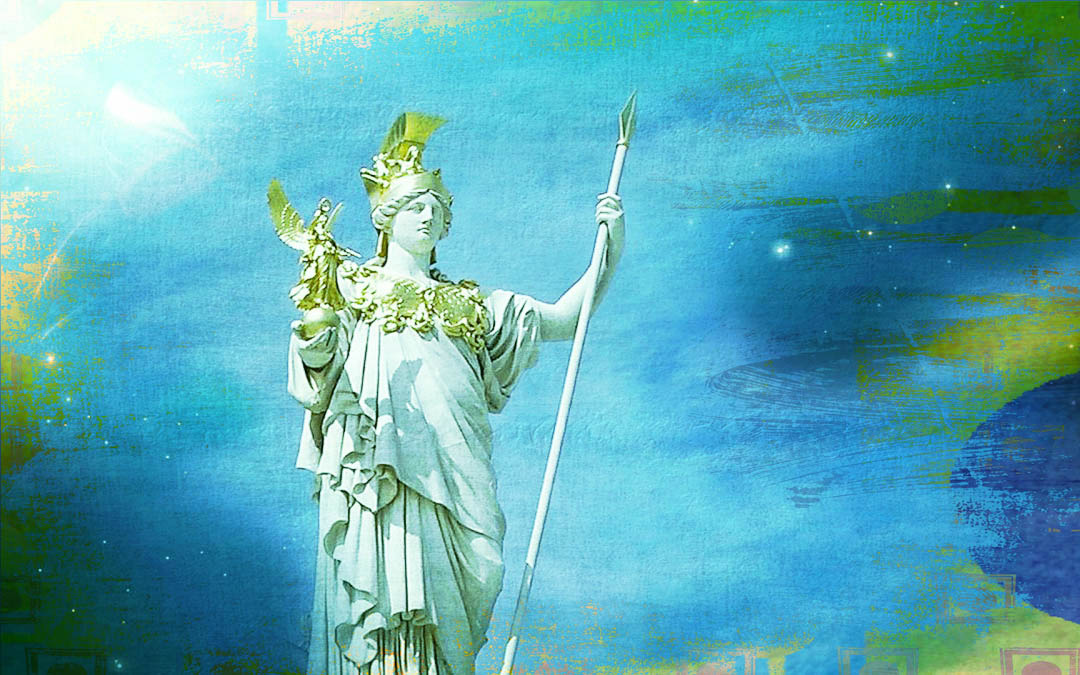 Athena is best known for Her role within the Patriarchal culture of Ancient Greece. She was venerated as protector of the City State. She was also the one called upon to counsel and guide the generals sending their warriors into battle. Athena was also seen as the patron of the hero’s journey and was often linked with Nike, the angel of Victory. Veneration of Athena was brought to Britain by the Roman Emperor Hadrian. The Goddess Athena was named Britannia and became adopted later on as an emblem of the British Empire.

Yet, Athena has much deeper roots that go back into the mists of time. Athena was venerated long before Greek civilisation as we know it. She was connected with ancient snake priestess cults and in these times, serpents were seen as wise portents and bringers of luck and joy. She, became also associated with the owl, which both symbolises wisdom and the ability to see through darkness.

In this time of awakening and ascension the Goddess is returning. The Goddess Athena can be called upon by those assailed by strong difficulty, aggression and conflict in this time of volatility upon the earth-plane. In this transmission the Goddess is her aspect as Pallas Athena works with the Archangels to transmute patterns and karma of violence and to protect those who need temporary light shielding and light armour at this time of darkness on the planet. In this transmission Athena also gifts you a connection to a Spirit Guide in the form of the owl, to help you find your way through these challenging times.