Ascension News: The Return of the Goddess 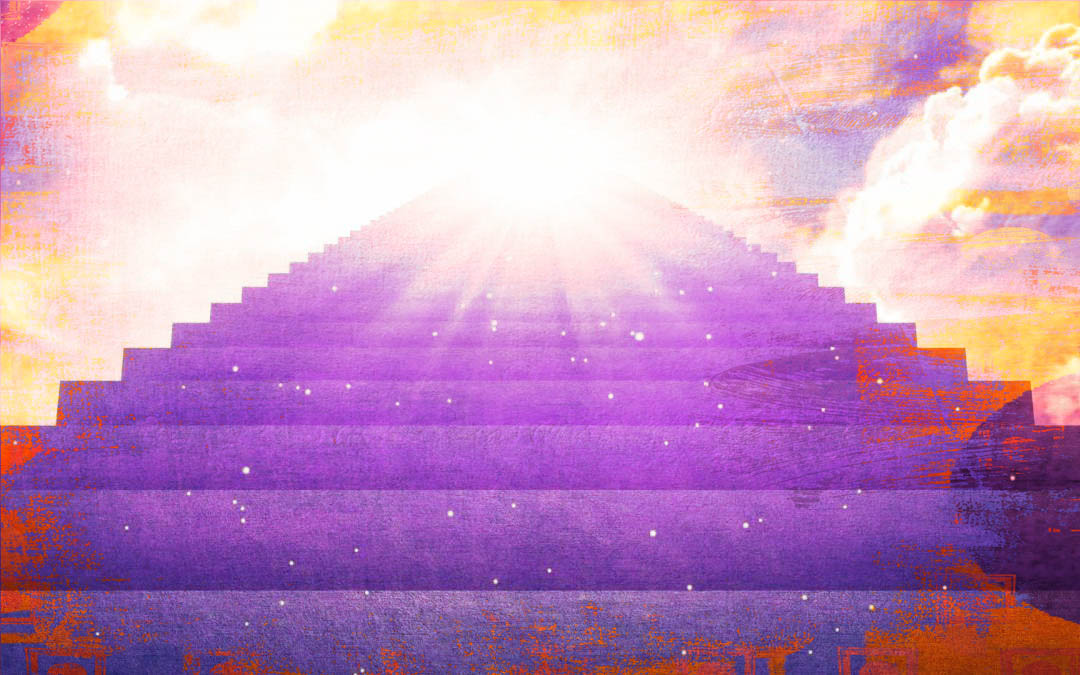 We have entered a new age of light. The symbol that best represents the synergy of the age we are now in is the infinity sign. This looks like a number 8 on its side. One side represents the masculine and the other the feminine. There is a flow of energy from one side to the other. No part is superior or inferior to the other. This infinity sign could represent our logic and intuitive minds that seek to unify and support one another. It could also represent the head and the heart. It could also represent power and vulnerability. Essentially the return of the Goddess is something to be celebrated by both men and women. It is a return to wholeness. It is a return to love. It is a return to honouring the web of life. It is a return to empowerment where we individually and collectively once again understand and experience that we create our reality from the inside out. As we embrace the Goddess our world will naturally transform.

Before we talk about the Return of the Goddess, let’s speak about the collective fall from grace experienced by humanity. This fall from grace was from a collective unity consciousness to one of separation consciousness and enemy patterning. Here we see ourselves as separate and alone in a hostile universe. There are always the ‘others’ who we must guard or fight against. This is a dog eat dog universe. Survival of the fittest and so on. As the fall from grace happened humanity experienced a swing between a time when Matriarchal cultures reigned supreme followed by a time when Patriarchy reigned supreme. We are perhaps more familiar with the latter since we have been immersed within it for the past several thousand years. Within present days societies all forms of power are held by masculine structures with men at the top. We have Presidents, Prime Ministers, Popes, Generals, CEO’s and so on. These structures are like pyramids. Power is held at the top. Those below seek to climb the power ladder. Each layer serves the layer above. Extreme wealth and power are held in the hands of a few. Traditionally those in power have been men although in more recent years women, with very strong masculine energy, have risen to power. (In England we have the example of Margaret Thatcher who, when in power, was a very formidable opponent within Parliamentary debates). Power is primarily held within rigid structures, political, financial, corporate, military, religious and so on. In terms of consciousness the left-brain, with its analytical and linear thinking was held supreme over the more feminine right-brain with its more creative, imaginative, and intuitive abilities. In patriarchy the mind is seen as superior to the heart. Men are always seen as superior to women. Patriarchal cultures objectify people. Woman as modes of reproduction and later as sex objects. Men as workers and warriors and later as success objects.

Let us take a brief look at patriarchy before recorded history, Patriarchy first became a major problem in the civilisation of Atlantis. Although this civilisation had a golden age in the last 500 years a darkness entered therein and created a great fall, not only in technology and culture but in consciousness. This darkness marked the beginning of humanity dwelling within the lower rungs of the 3D Matrix. Lower in terms of what followed afterwards. There was the introduction of black magic, which is essentially the misuse of energy and consciousness. Fear. Control. Separation. War. Enslavement. Injustice. And the ability to destroy the planet through various dark technologies many times over.

In recorded history the first signs of patriarchy arose in Neolithic cultures from about 10,200 BC. to between 4,500 and 2,000 BC. During this time Goddesses that had been important during the Palaeolithic and early Neolithic Eras were banished or demoted. In their place, pantheons of Gods arose with male father figures. In Greece there was Zeus, in Rome there was Jupiter, in Scandinavian Norse cultures there was Odin. In these cultures, there was a certain intermingling of Gods and Goddesses but the supreme power now rested in a God the Father figure.

The story reflecting the fall from grace into this 3D Paradigm is found in the Biblical story of Eden. The story goes: God the Father took some clay from the ground and created Adam by breathing gently into the human form. God made a beautiful garden called Eden for him to live in. Then God the Father one night, created a woman to keep Adam company. Her name was Lilith. It is said that Lilith was then banished by God after it became apparent that she was stronger and more intelligent that Adam and she would not obey Adam’s commands. The God took a rib from Adam’s side and made a more complaint woman called Eve.  God told them both that the garden was for them to enjoy. God warned them not to touch the tree in the middle of the Garden. This was the tree that gave knowledge of good and evil. As we know, Eve was supposedly tempted by a serpent to eat the fruit from the tree. Eve took the apple and they both took a bite. They were then cast out. Women were cursed to feel pain in childbirth and men were cursed to toil the earth to make a living. In this story there was a “Fall” from grace, after which strife and hardship entered the world.

Prior to the fall in Grace humanity had a consciousness where there was a direct experience of the Divine flowing in nature and from within. The world and all life were seen as sacred. There was the concept that we exist in a great universal web of life and our words and actions could uplift or impede others. In 5D there is no need for faith, as it is understood within 3D societies. We do not need to believe in anything, rather we trust our own experience of the divine. In 5D there is no need for karma in the way it is experienced within 3D societies. In the latter there is no unity consciousness and motivation come mainly from self-interest. How does this action benefit me or those close to me?

As monotheistic cultures gained hold followers were not encouraged to see the world as sacred. Now the world was something to be used and abused. As religions gained power, misogyny within patriarchy got stronger. The myth of the fall from 5D Two stories that typify a woman’s place within Patriarchy is that of Medusa and Medea. Both stories originate from Ancient Greece.

Medusa was once a fair-haired, beautiful maiden who served as a priestess of Athena. She came into the attention of Poseidon, who raped her in Athena’s shrine. The angered goddess (who did not stop the rape) punished Medusa for defiling her shrine by transforming her beautiful hair to serpents and made her face so terrible that the mere sight of her would turn onlookers to stone. When the hero Perseus slew Medusa, she was pregnant by Poseidon and with her death’s blood was born the great winged horse Pegasus. The story of Medusa was published 8 AD by the Roman poet Ovid. The blaming of women for the consequences of unconscious male sexual energy can still be witnessed in 3D cultures today.

Medea is married to the hero Jason and she bore him two sons. Then Jason decides to marry the daughter of the King of Corinth. The King then banishes Medea. Before she leaves the city, Medea poisons and kills the intended bride of Jason. She then slays her children, and rides off to a nearby city. The story of Medea was published 431 BC by Euripides. This story was performed as a play. Jason leaves his wife and children. His reason is he is marrying the princess to “win wealth and power for [himself] and [his] sons.” Medea is portrayed as evil and unable to control her feelings. The princess who was killed by Medea is only mentioned a few times by name and is seen as merely the property of her wealthy father.

Now in this time of ascension all of this is changing, the Goddess is returning. What does this mean? Firstly, change is not fast, it is slow. Many souls have not yet finished evolving through 3D and will leave this plane of existence when their time comes. More and more evolved souls are being born here. Within these souls, who many call Starseeds, the Feminine aspect of the Divine seeks to awaken. In many the Goddess has already awakened. For men this does not mean they become more feminine. It means they have access to more internal resources than before. For women, there is a greater understanding of feminine power. The Inner Priestess seeks equal power with masculine architypes within the psyche. Women are embracing New Age ideas and techniques in far greater numbers than men. Women are stepping up along with men who have strong connections to their feminine side. This is not about a return to Matriarchy, which is where women ruled in ancient times. The return of the Goddess is about synergy. An equality of power that has not truly occurred across the planet in recorded history.

Before this can happen, many need to forgive 3D Patriarchal representatives and systems for the harm they have caused. This forgiveness is necessary. Not to condone but to release these souls to their own evolutionary journey. The focus now needs to be on creating the future. A bright future for the planet.

We have entered a new age of light. The symbol that best represents the synergy of the age we are now in is the infinity sign. This looks like a number 8 on its side. One side represents the masculine and the other the feminine. There is a flow of energy from one side to the other. No part is superior or inferior to the other. This infinity sign could represent our logic and intuitive minds that seek to unify and support one another. It could also represent the head and the heart. It could also represent power and vulnerability. Essentially the return of the Goddess is something to be celebrated by both men and women. It is a return to wholeness. It is a return to love. It is a return to honouring the web of life. It is a return to empowerment where we individually and collectively once again understand and experience that we create our reality from the inside out. As we embrace the Goddess our world will naturally transform.