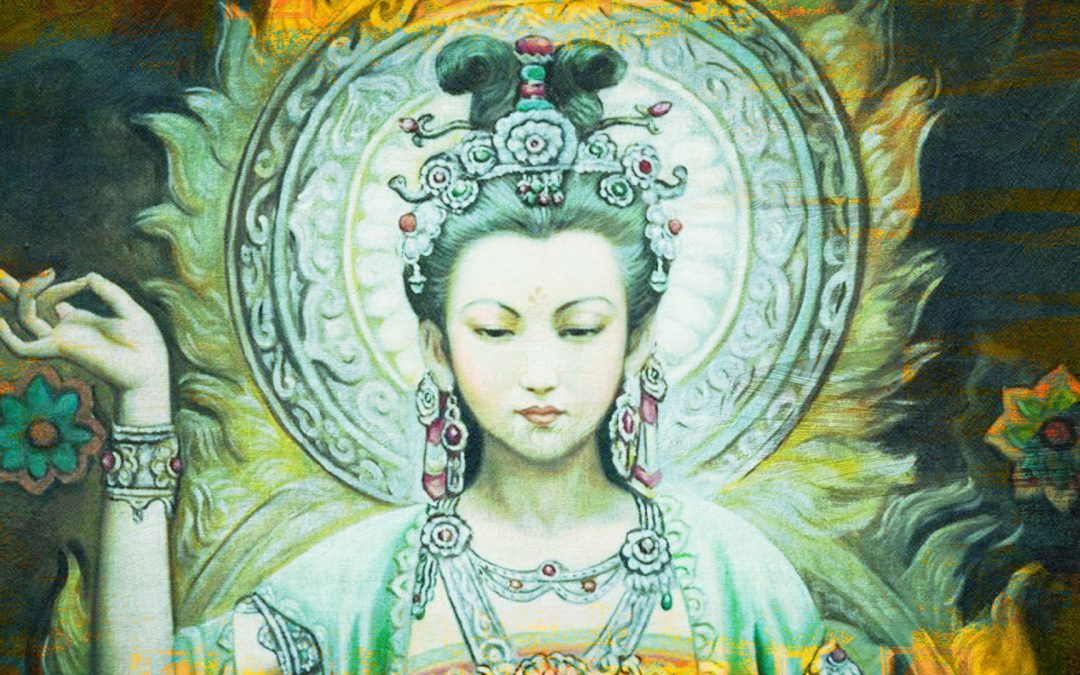 Everything is energy. Thoughts and emotions are energies. Low frequency energy such as harsh unkind speech can be projected in the 3D Matrix deliberately or unconsciously. If you work in an aggressive environment then you may be prone to unknowingly and unconsciously receiving energies in your field that need to be cleared. Similarly, you may have been involved in a situation or relationship where energies of malice, spite and envy are deliberately projected towards you.

This transmission works to low frequency energies from the Collective Consciousness within the 3D Matrix that can come through a work or education environment, also from the many forms and channels of media now being broadcast. This transmission then also works to clear a specific individual or situation. The clearing works within the physical body and also within the auric field.

Goddess Kuan Yin. “She Who Hears the Prayers of the World”, was originally the mother Goddess of China. She proved so popular She was adopted into the Buddhist pantheon as a Bodhisattva. Goddess Kuan Yin is known as a great healer who can cure all ills. Simply calling Her name in time of crisis is believed to grant deliverance.