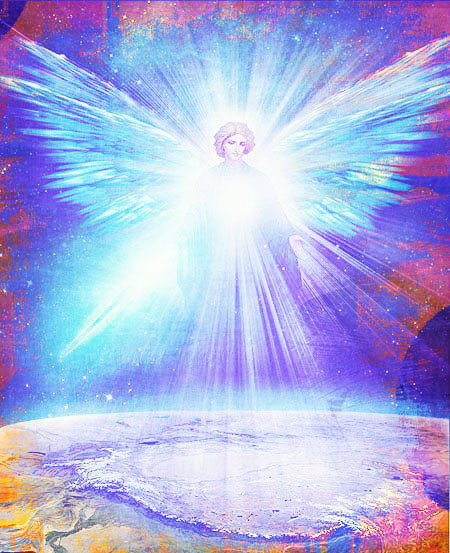 Before I begin this article on the Global Pandemonium gripping human communities across the planet right now please note this is the product of my own research and personal revelations and is not intended to be considered as the one and only truth. I encourage you to have an open mind, do your own research and tune into your own inner wisdom in order to come up with your own conclusions. (Based on this article I will soon be creating a Wellness Shield Meditation which is intended to address all the factors herein mentioned.)

Just as we allow, attract and create our own reality there is a collective reality creation going on at the same time. This collective level is responsible for the creation of certain global events including earth changes, extreme weather and the 2020 Pandemonium. In regard to the Global Pandemic five factors especially need mentioning:

The first is that of the ascension process which is a conflict between two paradigms and two ways of seeing and moving through the world. This ascension process was activated in Galactic time and will run for a number of years. It began after WW2 and ran up to the trigger point of 2012 where the collective decision was made that this planet would ascend in consciousness and vibration. This process includes a gradual shift away from the old paradigm that sees the earth as a treasure trove of resources that need to be grabbed and secured before anyone else gets their hands on them. We have all endured this old paradigm for some time now and we know how highly competitive and aggressive it tends to be. In democratic countries this paradigm rules through manipulation, deceit, lies, and highly persuasive propaganda. This is all backed up by the rule of law and the power of the media. Though in Western countries the real power calling all the shots are not the governments, nor even the corporations. There are powers higher up the food chain that are mostly hidden from the collective. In countries ruled by oligarchies and tyranny much the same happens except the rule of law tends to be harsher and there is less subtlety in the propaganda and more direct arm twisting. The new kid on the block is a new paradigm that is bringing a wave of spiritual renaissance which is currently rippling across the globe. The clash of these two paradigms has intensified since the turn of the century. The old paradigm and its controlling forces became more aware of the threat and intensified their efforts to retain control starting with the all-important 9/11 event. The new paradigm is not interested in religion or atheism. It is not interested in the old construct of growth through struggle and suffering. The new paradigm is seeking to bring a new mindset and awareness of the unity of all living things. It is also heralding a shift in growth through joy, fun, appreciation, love, celebration and so on.

The second factor, which builds on the first, is that of collective guilt concerning the way we are treating the planet and all living beings upon Her. This is affecting those embedded in the old paradigm mainly in the developed world. This collective guilt will be felt if the lifestyle is out of balance with the new paradigm and the ascension process even though at a conscious level there is usually little or no awareness of it. Basically, humanity in the developed world cannot keep doing what it is doing on the planet and expect everything will be fine. The planet can no longer be treated like a huge landfill. We cannot keep treating the oceans in the same way. We cannot keep farming the land and treating animals so inhumanly and unethically and expect everything will be fine. We cannot keep burning down the Amazon and destroying the forests in the Northern Hemisphere and expect this can go on indefinitely. All living kingdoms across the planet are suffering and are calling for change. Not only is the lifestyle of the majority of people living in the developed world so out of sync with the ascension process it is continually encouraged through a vast array of daily advertising campaigns reaching out to us through all available marketing platforms. It is common knowledge that the planet is under great strain at the moment. Many species of fish, insects, birds, and animals are becoming extinct or are being threatened with extinction. Gaia is strongly reacting now and seeking to purge herself of the old paradigm.

The third factor, which follows on from the second, is that many across the globe feel incredibly stuck and angry at the circumstances they find themselves in. This collective anger is very present and powerful in the developing world. It is common knowledge that many humans at the bottom of the patriarchal pyramid are only just surviving while many in the top 0.001% are swimming in incredible wealth. It is also very present in the developed world where the gap between the haves and have nots are widening daily. Since this collective anger has little leeway for any positive expression and little leeway to generate any meaningful change it is inviting radical change through a global calamity that will force change. (If you look at history you will see that the most dramatic social change tends to follow in the wake of global disasters such as war. For instance, in the UK the rigid class system began to break down after WW1. Similarly, strict gender roles in the workplace began to break down after WW2.)

The fourth factor, which may at first glance seem completely unrelated, is the recent introduction of new (5G) cellular technology in certain parts of the globe. This new technology promises much though with little concern for the potential dangers. This technology is said to be 100 times faster than the previous (4G) technology. Many have raised concerns about this technology including scientists who have researched into electromagnet fields in humans, plants and animals. Though there has been no research into the health effects on (5G) or even (4G) because of a lack of funding. Now take a breath for this next bit. This technology was introduced into the area in 2019 where the pandemic first began. It has also present on the cruise ships which have also featured so prominently in the outbreak. Now I am not asking you to believe this. Do some research and you will find so many articles from the mainstream already debunking the link between the outbreak and the new technology. It seems that there is a concerted effort being made to debunk all such claims. Perhaps a raw nerve has been touched. Just consider that this technology has already consumed a considerable investment of time and money and the owners of that technology not only have the resources and connections to defend their investment they also have a strong reason to continue to do so.

The fifth factor is that of fear which is not so much a cause but the vibrational carrier that enables the outbreak to spread. Fear is being spread through the media and all possible platforms. This has created panic buying in many places and also has had the effect of slowing down global economies. Fear lowers our vibration and also can invite in certain scenarios that we would want to avoid. When our vibration is high illness and disease cannot be active and exist in the same way in our physical bodies. Starseeds are naturally sensitive and tend to absorb the energies flowing around in their environment. However, as soon as they become aware of the issue they can quickly transform and release these energies in their fields. So please on a daily basis just release any collective energies you have picked up concerning this Global Pandemonium 2020.

OK, having said all of that here are some final thoughts. To finish on a down to earth practical note, I recommend you check out this nutritional expert who has written about the use of vitamin and mineral supplements to combat the virus.

There is a story that during the infamous Bubonic Plague (Black Death) in the early 1400’s that devastated much of Europe that four thieves were caught and charged with stealing from the sick and dying. Despite having close contact with the plague victims, they never contracted the disease. The story goes that the judge was so intrigued by their apparent immunity to the disease, that he made them an offer. If they shared their secret, he would spare them the worst punishment for their crime. This is the recipe they were said to have shared.