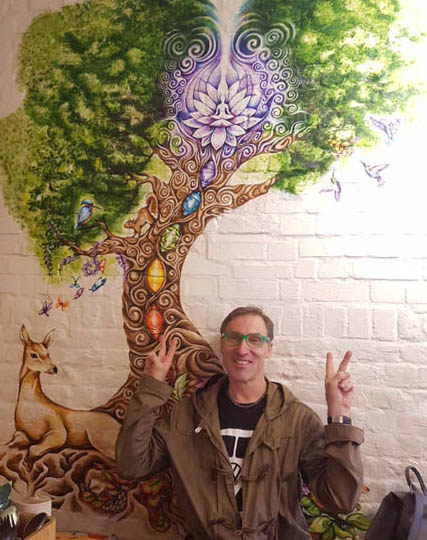 THANK YOU for the wonderful workshop. Since the workshop, so much has come into alignment for me, I can’t begin to describe how joyful I feel as I had been stuck for quite a while. I ‘woke up’ in 1989 and have been honoured to have had many amazing leaps in life through various healing, workshops, retreats and so on, but the Starseed one was legendary! I knew when I left the Columbia Hotel that some very deep healing had occurred and that it would consolidate over time. 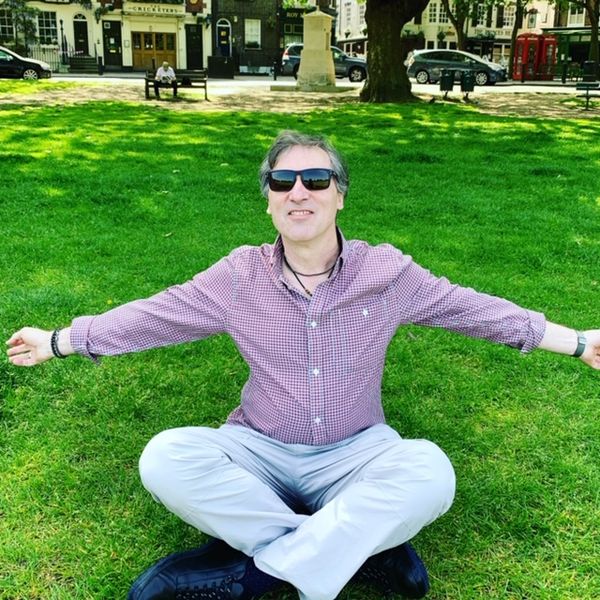 I have been searching for many years and very specifically many months to find a coach or healer that could help me clear my blocks to overflowing abundance with ease.  I was listening to one of my favorite master class/ interview platforms and heard Steve speak.  Immediately I knew he had information that could help me on my journey.  I started listening to everything I could on his You Tube channel. Everything about abundance, everything about connecting to source energy and living in the 5D.  When he would invoke the archangels to hold the space over the 4 directions I could sense the colors and bit of a presence, but most of the time it seemed as if I was making it all up.  As my search continued, a friend suggested a psychic reader that was located near me in Colorado, USA.   She immediately told me I had 7 angels around me.  This gave me comfort and joy. And then she told me there was Raphael, Michael, Gabriel and Uriel. She said it exactly in the order that Steve’s transmissions invoke them.  It was a fantastic confirmation that it is possible to call these great beings towards us and ask for their assistance. Whether we actually see or hear or feel them, they are with us when we ask them. Thank You Steve for helping me clear away some debris. I look forward to more stories, as we continue to work together.

I want to share and experience with Steve because of all the joy I have received from his meditations. I was sitting meditating and visualizing the golden white light from the universe entering my body and then I felt something not quite complete with this. Just like I never really could fully relate to breathing in this light and exhaling all the darkness out into the Universe .Every skin pore on my body became a portal for this light and energy to enter and I could feel all the darkness and negativity dissolve in this golden white light inside my body and when I exhaled I exhaled an even brighter light than what I had inhaled. Unbelievable to feel myself adding to the beauty and light of this beautiful planet and not sending all my darkness out. Making every pore on my body the portal felt so complete and not just the crown chakra etc.There are so many meditators breathing out negativity into the universe and not realizing what is really happening, If all meditators would send out beautiful light WOW. Love your site.

We are passing through interesting times. This is a dimension (one of countless many) where personal and spiritual growth happens through an interplay of dark and light forces. ‘Light’ is an evolutionary force that reconnects us to our divinity, higher frequencies of light and our true multidimensional nature. ‘Dark’ is an anti-evolutionary force that seeks to keep us in separation and locked within a lower density. This is how the game of spiritual growth has been played out within this 3D density dimension. This is all about to change in the coming years.

We are coming to the end of a period of great spiritual darkness on the earth. In this period between 1987 and 2030 a great shift of consciousness has been initiated. We are moving rapidly towards a 5D paradigm of existence where the old game of dark and light will no longer play out in the same painful way. The challenge for lightworkers is one of spiritual hygiene and clearing out karmic patterns that can be released to the light. Now is a time of ascension, both for the planet itself and many millions of souls on the planet. Not everyone has chosen this path and many will continue their spiritual growth elsewhere.

There are many starseeds on the planet who are waking up to their mission here. In this dense dimension it has been very difficult to maintain a high consciousness. This is because the underlying energetic structures of the earth have not supported it. This has been changing over the past decades as a new high frequency grid has been established on the earth. Many star races have contributed to this new grid, in particular the Arcturians, Pleaidians and Sirians are very active in this regard.

This site was created to offer an online library of free resources to support those going through the ascension/awakening process.

Steve Ahnael Nobel is the author of 6 non-fiction books, the two most recent are a free Ebook entitled ‘Starseeds’. and The Spiritual Entrepreneur. He was a director of a not for profit spiritual organisation called Alternatives (based in St. James’s Church, Piccadilly, London W1) for 13 years, leaving on the Winter Solstice of 2012. Subsequently, he began his own healing and awakening work. He has created a healing system called Soul Matrix Healing for Starseeds. He has created a library of free resources including meditations and transmission to help Starseeds which are freely available on his website and YouTube channel. These meditations and transmissions are played all over the world and so far, the platform has over 136K subscribers. He regularly runs events in the UK.

This error message is only visible to WordPress admins

This was amazing!!! Words cannot express how grateful I am to have to read this. My initial awakening started in 2015. I cannot tell you how much darkness I have encountered over the years!!! I will definitely look into The Soul Matrix Healing. I feel like I am one of those who’s been dealing with the dark ones in this incarnation. Im still trying to figure out my mission…..I also believe my daughter who has ADHD born 10/10/2011 is a Rainbow Starseed. Thanks for all these amazing resources!!!

It’s such a blessing to have all this at my disposal.
Much love and light ✨✨