Ascension News: Should We Avoid Certain Spiritual Ideas and Practices? 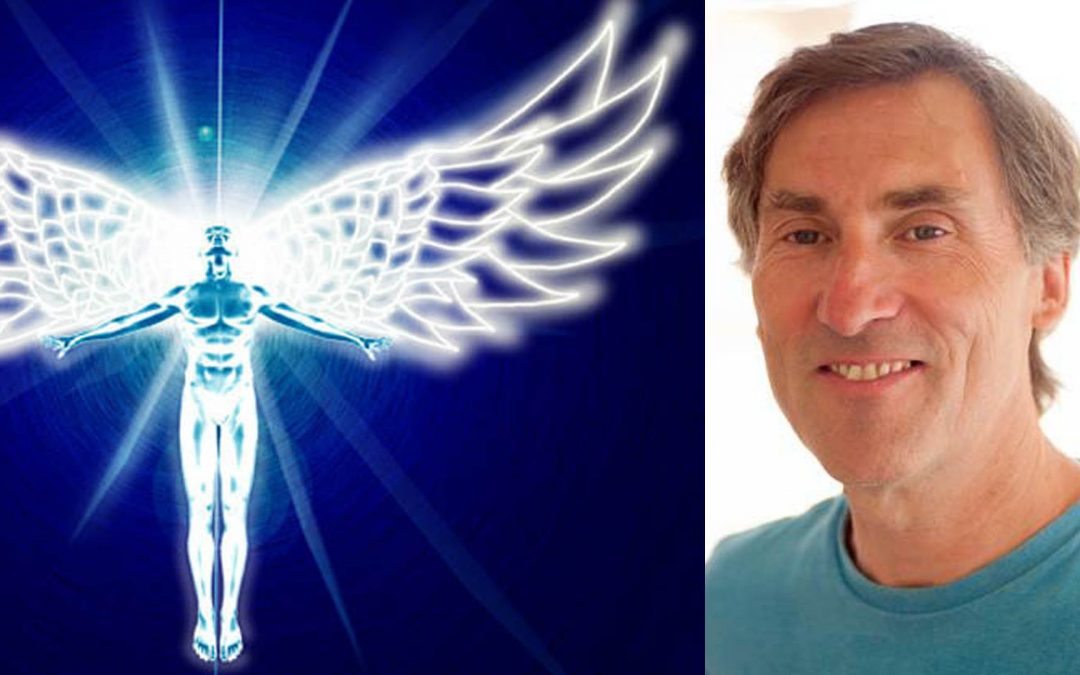 Many in the New Age community were shocked by Doreen Virtue’s sudden conversion to evangelical Christianity and her subsequent denouncing of the New Age. Do check her website for a blog post entitled: An A-Z List of New Age Practices to Avoid, and Why.

Now, let me say that I met Doreen a few occasions when I was a director of the not-for-profit organisation Alternatives, based in St. James’s Church, Piccadilly London. I thought she was a good presenter and had some keen mediumship skills. I saw her work with audiences in London and thought she quite accurately read a few people in the audience. I never really liked her books or Oracle cards since the material seemed quite shallow. For instance, I have never seen a blonde busty angel in quite the same way her many Oracle cards depicted!
I listened to a video of her speaking about her conversion and she seemed genuinely convinced that she made the right decision. This is of course her personal choice. However, she published a post on her website denouncing a number of ideas and practices about the New Age which I thought deserved some comment. Especially, since so many have raised this issue and commented on her decision on social media.

Before I get into answering some of what she said on her post I want to say that deception is actually a feature of the outgoing 3D Matrix. Deception can be found amongst much of the conspiracy theories doing the rounds. Some conspiracy theories are actually conspiracy facts. Some are complete nonsense. Deception is a major tool of the ‘dark’ side and so we need to be able to tell when we are being deceived. In other words, we need a sharp intuition. Without this we can become prey to believing much of the disinformation being put out there. This disinformation campaign is very real and has generated much fear amongst those who should really know better.

OK, so let me address more directly what Doreen is speaking about on her website. Now, I am not saying there are not pitfalls with the New Age. It is quite a broad movement and there has been a growing interest over the past few decades. In my time I have met some teachers who I would call grey magicians, meaning what comes out of their mouth sounds good but the energy they put out is something else! As already mentioned, the important thing here is to develop a good intuition. If a teacher feels bad, they should be avoided or approached with caution. If a teacher is aggressive or overly authoritarian again the same applies. I have had a number of clients who have had bad experiences with healers and teachers. The good news is this group is in the minority and the vast number of healers and spiritual teachers are there for service.

Doreen talks about the existence of demons or the devil, saying she has found out the hard way that they’re real. Well, Doreen was pushing a rather utopian image of spirituality before her conversion and never really mentioned the ‘dark’ side. As many of you have read my blog posts or listened to my podcasts you will know that I often mention the ‘dark’ side as being an intrinsic part of the outgoing 3D Matrix. Entities are very real and they come within a spectrum of being a bit of a nuisance to a major problem. The good news is in this time of ascension all entities can be removed and sent to the light or wherever they want to go, so long as it is far away from the client’s energy field!

Well, the story of Eden represents metaphorically the fall from grace into the 3D Matrix. The story is not literal as many evangelists believe. I am surprised that such an intelligent woman would speak in this way! We must also remember that the church was responsible for blocking scientific investigation and research for many years. The astronomer Galileo was nearly burnt at the stake for suggesting that the earth orbited the sun and was not the centre of the Universe. So this idea that New Age ideas are false and the ideas of the church are somehow beyond reproach is nonsense.
“God loves you, and he wants the best for you, and so do we! He wants you to go directly to him in prayer, worship, and Bible study so that he can guide your path in a safe, fulfilling way for this life and your afterlife. If you’ve been engaged in these practices, please immediately go to God in prayer, get on your knees and ask for his help so that you can stop New Age practices.”
God has long been seen as exclusively male. This idea is of course being challenged by a broad-spectrum spiritual teaching. Actually, we are in a time where our experience of male and female archetypal energies is being rebalanced, the Goddess is returning. Please check my previous posting on this subject.

OK, speaking as someone born into the Christian faith (Church of England) and as one who converted into the Catholic faith in my twenties, I have a few things to say about Christianity. In my experience, most followers of the faith have no idea of the history of the church. In my early thirties, as I came upon spiritual ideas, I began to research the history of the church. I was so appalled by what I discovered that I renounced my membership of the Catholic Church. No-one is their right mind would ever say that the Inquisition were God’s true agents on earth. No-one is their right mind would agree that burning witches was a good thing. We must remember that most confessions were obtained under torture.

I never found God or Source or my Higher Self while on my knees in any church. I never felt inspired by one sermon I heard in a church. Concepts such as sin and hell and eternal punishment never felt right to me. Later I discovered that these terms had no place in the language that Jesus spoke, Aramaic. Meaning, they were later additions. In more recent years I have worked with many clients who have had energetic interference because of current or past life experiences with certain religious groups. Most churches that profess the message of Christ are not free from dark entity interference, quite the opposite. I recently visited the Sanctuary of Fatima in Portugal and the air there was very heavy. I felt all connection to the light blocked while I was there. I had to get away to the nearby hills where the angel of peace first appeared to the children. Only there did any sense of peace return. And if you read the story of the three children who saw the visitation they were treated very badly for a while by the church officials and the police who thought the children were liars!

“Some people are deeply enmeshed in the New Age, perhaps because their career and income depend upon New Age revenue, or their loved ones are all new agers.”

New Age revenue is an odd term. Revenue is revenue. Money is money. Have you ever heard the term evangelical revenue? Where there is money, fame and power there can be ego issues. I have seen a few teachers topple over the years because of this. There are some who are obviously in this for the money. When someone charges thousands of dollars or pounds for a course or a coaching program you can bet they are in it for the money.
However, this is a very general statement and if you look at many evangelical churches few of them are struggling around money. If you look at the Vatican it seems to be hardly struggling around money issues.

“Please get off the new age path, and ask Jesus to be your Saviour! He will guide you to his straight and narrow path, give you true and lasting peace, and bring you to heaven.”

Well, to answer this. Do we really need the middle-men of any church to feel this connection? Personally, with so much darkness being revealed about priests right now and super wealthy evangelical pastors can we really trust such people to handle our connection to Source energy or whatever terms we want to call God/Goddess All That Is? Do we want anyone else in-between us and our Higher Self?

Doreen makes a number of statements on her post about specific New Age thought and practises. They are so numerous and address aliens, to ascended masters to crystals to divination to dream catchers to drumming circles to Harry Potter to hypnosis to sacred geometry to shamanism. It seems that if anything has a life outside of evangelical Christianity it must be inspired by the Devil. No-one who has had any real healing or transformation within a spiritual setting or group will be taken in by any of this evangelical nonsense. We should remember the difference between religion and spirituality. We should remember that Buddha was not a Buddhist and Jesus was not a Christian.