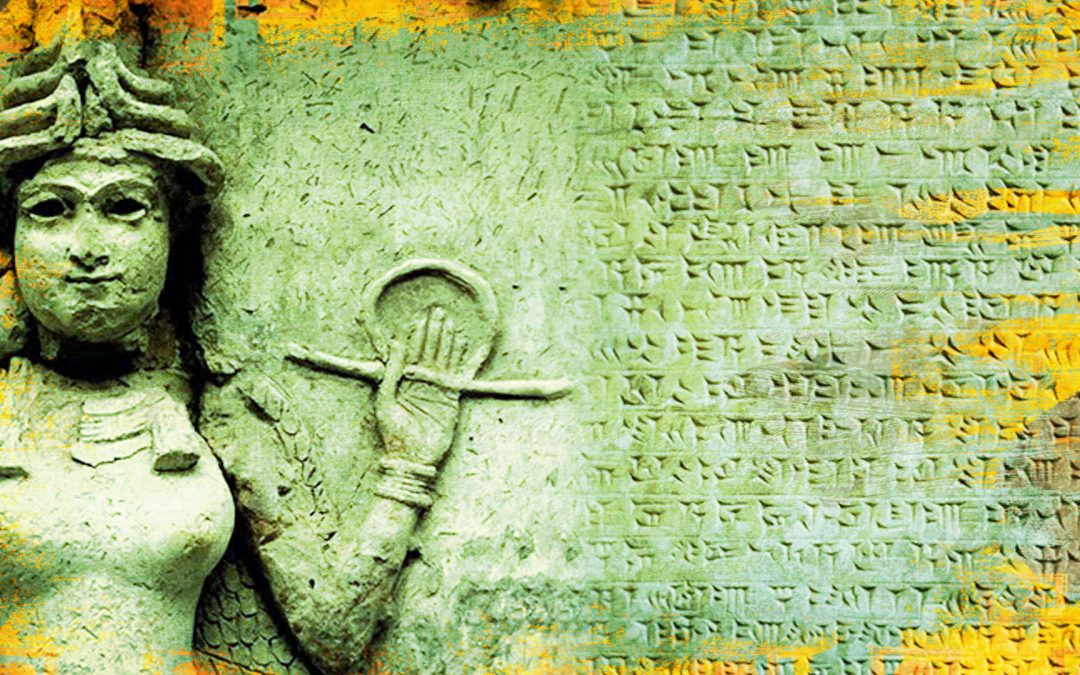 Inanna is an ancient Goddess associated with love, beauty, fertility, and power. Inanna was worshiped in Sumer at least as early as 4000 BC and she became one of the most widely venerated deities in the Sumerian pantheon with temples across Mesopotamia. She was also known as Ishtar by the Assyrians and Babylonians. She later was worshiped later as the Phoenician Goddess Astarte and later still was worshiped as the Greek goddess Aphrodite. Inanna’s most famous myth concerns Her descent into and return from the Sumerian Underworld.

The myth of Inanna outlines the loss and re-emergence of the goddess across the planet. She leaves through seven gates and at each gate she is asked to surrender a piece of clothing or jewelry. This journey into the underworld represents the gradual loss of Divine Feminine gifts and qualities to humanity. After a period of absence, she is allowed to return and She returns through seven gates and at each She reclaims her clothes and jewelry.

This transmission is a healing of the loss of the Divine Feminine across the planet. It also is an opening to Her return.
The first gate opened in the 60’s. A time of Flower Power and love. There arose another major wave of feminism. Developments in computing. Spiritual teachers and channels emerged.
The second gate was in the 90’s where many started to awaken and shift into 4d. More pioneering teachers and healers emerged. Internet emerged.
The third gate was just before 2012, many here woke up and realised the nature of ascension and role of Starseeds.
The fourth gate is now, 2014-19, now is the time most starseeds are due to awaken on the planet at this time. At this time many systems are wobbling. Great volatility on the planet.
The fifth gate is due around, 2020-22 and here there is another major influx of new starseeds incarnating. A shift in the collective consciousness away from darkness.
The sixth gate is due for 2030-32. Another major influx of starseeds. The planet shifts into the light and darkness is dispelled from the planet.
The seventh gate is further down the line around 2050. This is the balancing of the masculine and feminine.